How Summertime Affects Children of Divorce 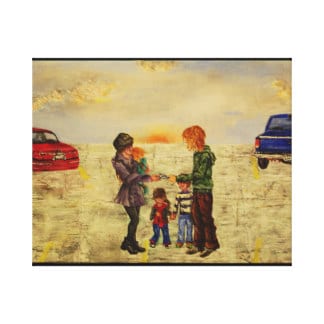 Summertime. Family vacations. Swimming. Fishing. Sunshine. The summer months can be a lot of fun and something to look forward to … however, it can also be a troubling and complicated time for children of divorce and their mothers and fathers. Custody agreements mandated by the courts often dictate a visitation schedule for the summer months. They spell out when children visit and spend time with each parent. At times, it is the regular visitation schedule and other times it is time with one parent or the other for an extended period of time. Children may be spending a couple of weeks with the non-custodial parent or even six weeks and possibly all summer.

There are some situations that require children to travel out of state to visit and that could require plane rides flying as an unaccompanied minor which can be scary for the children AND parents. This is a time that can become extremely stressful and confusing for children who feel caught in the middle. Children may miss out on activities with friends because of the visitation schedule and this can be difficult for younger children to understand.

When children reunite with either parent, it is important to avoid asking lots of questions as this can lead to the child feeling like they are reliving the initial separation all over again. The child may be excited about spending time with their other parent, but it also creates some difficult thoughts about whether their friends will think about them, miss them, and maybe even keep in touch with them while they are gone. Other children may not be excited about spending time with their other parent and it is important to be respectful of those feelings and have open conversations with them to allow them to feel a sense of safety.

There are several potential issues in these situations. Some examples include:
• One parent might want their time with their child uninterrupted with no phone calls or interaction with the other parent. This could lead to the child feeling vulnerable and/or cut off from their other parent.
• One parent might worry about little things and wants to make sure their child is taking their medication for example.
• The kid just wants to have fun and keep everyone happy. At times, it doesn’t seem that this is the goal for the parents.

There is no difference if the concern is felt by the custodial parent, the noncustodial parent, the dad, the mom, or even the grandparent because they all hurt. Yet all parents deserve time with their children during the summer months or school holidays. When children get older, it is important to be respectful of their wishes and desires. They often have events (such as church camp, ball tournaments, etc.) that they may miss out on when they leave to visit their other parent. They may also not feel as comfortable in their other home – communication is crucial.

Things children wish their parents realized
• That you can’t expect children to “get over things” as fast as you might want them to. And, sometimes when they act like they’re “over it”, it is probably just to protect your feelings.
• We wish our parents would put themselves in our shoes and think about how they feel … that their lives have become “absurd” and “ridiculous”. That although they are “resilient”, all the changes that have taken place (two homes, parents dating, having to go back and forth between homes, etc.) make things chaotic for child, difficult to comprehend (they didn’t know things were bad and they don’t understand why parents couldn’t make it work out), and it feels like they just lost something they thought they’d never lose and now they’ll never get it back.
• When parents get into a new relationship, it is painful for the child to see you in love with someone else. It often causes feelings of betrayal, feeling like they weren’t good enough, or feeling unwanted.
• Divorce hurts everybody. Even if you think it’s ok, the child has lost: their one home, their family as they have known it, having two parents who love each other, feelings of safety and security (they feel they had a safe place and now they don’t).

Do’s and Don’ts
Do’s
• Be very compassionate and think about your child’s feelings
• Be gentle and loving.
• Always show respect towards the other parent — especially in front of the child.
• Understand this is a difficult time in the child’s life. Any outbursts or harsh words that the child exhibits is partially due to the changes in their lives and they impulsively react.
• Remember they didn’t want this divorce. It was forced on them creating a dramatic life change and they don’t know how to cope with it. All they know is that they had a family and now it’s broken.
• Get counseling for your child … and maybe even yourself.

Don’ts
• Do NOT lie and tell them that you could possibly get back together. It gives the child false hope and that decreases their trust in you.
• Do NOT talk bad about the other parent. The child loves them (even if you don’t) and it is difficult for them to hear negative talk about them.
• Do NOT take out your own anger and frustration on your child. You MAY be hurting but they are too. You do not want to add additional hurt on them than they are already experiencing.

This site uses Akismet to reduce spam. Learn how your comment data is processed.